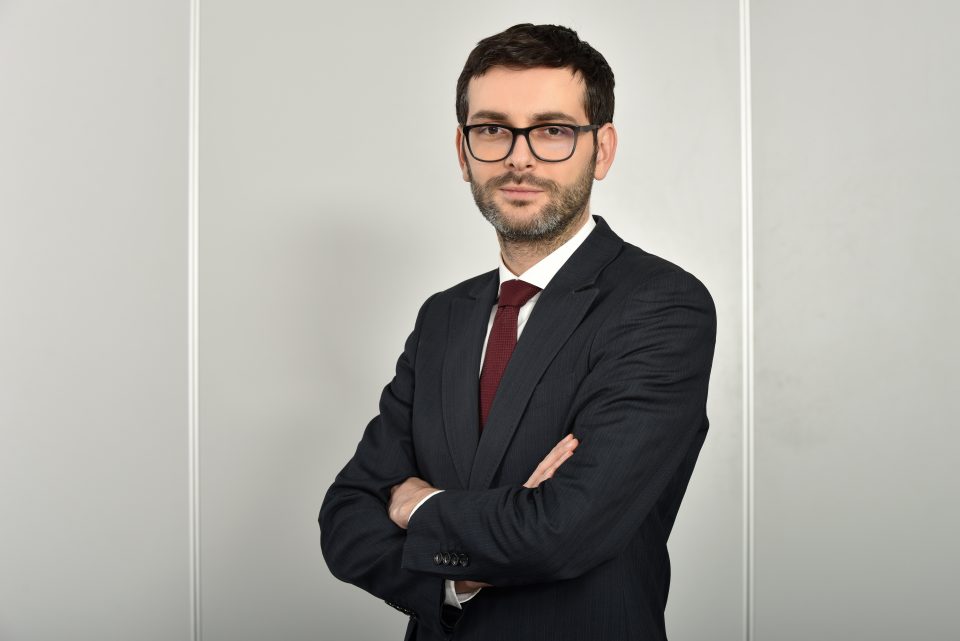 Romania is the only country in the region to show an increase, driven mainly by the large NEPI/Rockcastle portfolio acquired by AFI, shows the JLL CEE Investment Market Report January 2021.

Compared to last year, the number of transactions decreased, with the average deal size increasing to €36 million, according to JLL CEE Investment Market Report January 2021.

The total office investment volume for 2020 reached €770 million, an all-time record for this market segment.

“Even though the Covid-19 outbreak had a strong impact on the Romanian macro-economic environment, the real estate investment market managed to register a healthy year on year increase (the only registered in CEE), boosted by the closing of some of the largest office transactions ever registered. The most important conclusion of what happened last year is that, at the right price level, there is liquidity for almost any product”, comments Andrei Văcaru, Head of Capital Markets JLL România (photo).

Most of the transactions completed in 2020 were initiated before March, the start of the pandemic locally, with fewer projects coming to market during the rest of the year. The focus of the owners shifted in the last 9 months on asset management initiatives and the implementation of new rules for adjusting the buildings to the ever-changing ‘new reality’, with much fewer considering disposals.

Compared to last year, the number of transactions decreased, with the average deal size increasing to €36 million. Bucharest increased its dominance as the preferred investment destination in Romania and accounted for around 85% of the total transaction volume in 2020, followed by Timisoara, Cluj-Napoca and Pitesti.

Far more than in previous years, offices were the most liquid asset class in 2020, making up for 85% of the total market volume, while industrial accounted for over 8% and retail for only 4%.

The largest transaction registered in 2020 was the sale of the NEPI Rockcastle office portfolio, comprising three properties in Bucharest – Aviatorilor 8, The Lakeview and Floreasca 169 and one in Timisoara – City Business Center, with a total of approximately 120,000 sqm GLA. The buyer was AFI, one of the major developers in the Romanian market, making their first acquisition of an income producing product.

Other notable office transactions in Romania in 2020 were the sale of approximately 61.49% of the GTC portfolio to Optima, the sale of the 37,500 m² GLA Floreasca Park in Bucharest to Resolution Property Investment Management and Zeus Capital and the acquisition by local group Dedeman of the third phase of The Bridge – a 21,100 m² building part of an 80,000 m² office park in the Center-West of Bucharest.

The largest industrial transactions in 2020 were two acquisitions made by CTP – Equest Logistic Park and A1 Business Park – both located on the A1 Highway, at Km. 13, the most important logistic sub-market in Bucharest. CTP also bought the Mobexpert warehouse on the A1 Highway in a sale and lease back transaction, consolidating its position as the largest owner of industrial/logistic space in Romania and one of the two dominant players in the west of Bucharest.

The limited investment activity in this segment is due to lack of product as the market is dominated by strategic players who very rarely sell.

The only significant retail transaction concluded in 2020 was the sale of Jupiter City, a 41,500 sqm shopping centre in Pitesti, bought by Supernova. Important to mention that this was closed towards the end of the year after the harsh measures retail had to face because of the pandemic.

Local capital is starting to play an increasing role in the Romanian investment market. Romanian buyers accounted for 28% of the transaction volume in 2019 over 15% in 2020 from levels close to 5% until 2017. The most active players were Dedeman, One United, Lotus Center and Element Industrial.

Prime office yields are at 7.00%, prime retail yields at 7.25%, while prime industrial yields are at 8.00%. Yields for office and industrial are at the same level as 12 months ago, while retail yields have increased by 25 bps over the year. Romania is still well positioned from a yield perspective, as the current values are still well above those registered in the last peak (2007) and those currently quoted in the rest of the region.

While it continues to be difficult to make accurate predictions as the entire economy is still very sensitive to the evolution of the pandemic, we expect that transaction volumes might slightly decrease in 2021.

Nevertheless, with the vaccination process started and considering the significant amount of side lined capital targeting real estate, these forecasts may improve during the next months.