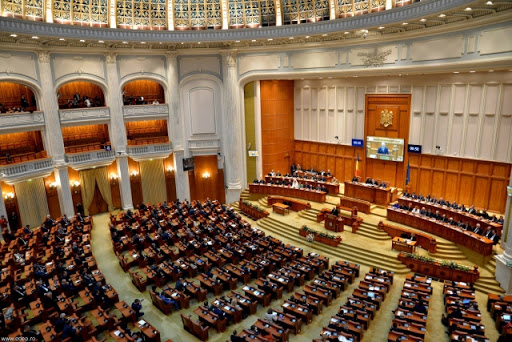 The Senate and the Chamber of Deputies start on Monday this year’s first ordinary parliamentary session.

The convocation of the two Chambers of the Parliament was made based on the provisions of art. 66 para. (1) and (3) of the Romanian Constitution, as well as of art. 83 of the Senate’s Regulation.

From 13.00, meetings of the Standing Bureaus of the Senate and the Chamber are scheduled, and from 15.00 the plenary sessions will take place.

According to the program, in the first session of the Senate, the new composition of the Standing Bureau – the vice-presidents, secretaries, quaestors – will be elected.

The new Parliament was formed at the end of last year, following the elections held on December 6.

The priority of the parliamentary session is the adoption of the draft state budget and the state social insurance budget for this year.

ForMin Aurescu: Romania has already reached the stage where it is heading towards creating the Euro-Atlantic Centre for Resilience

Day of long knives in PNL, party hit by wave of resignations

The pension file, a nightmare for almost 150,000 Romanians and the companies they worked for: EAD launches the E-Adeverinta service...

OTP Bank Romania continues to expand nationwide and inaugurates a new branch in Timisoara, under an innovative concept