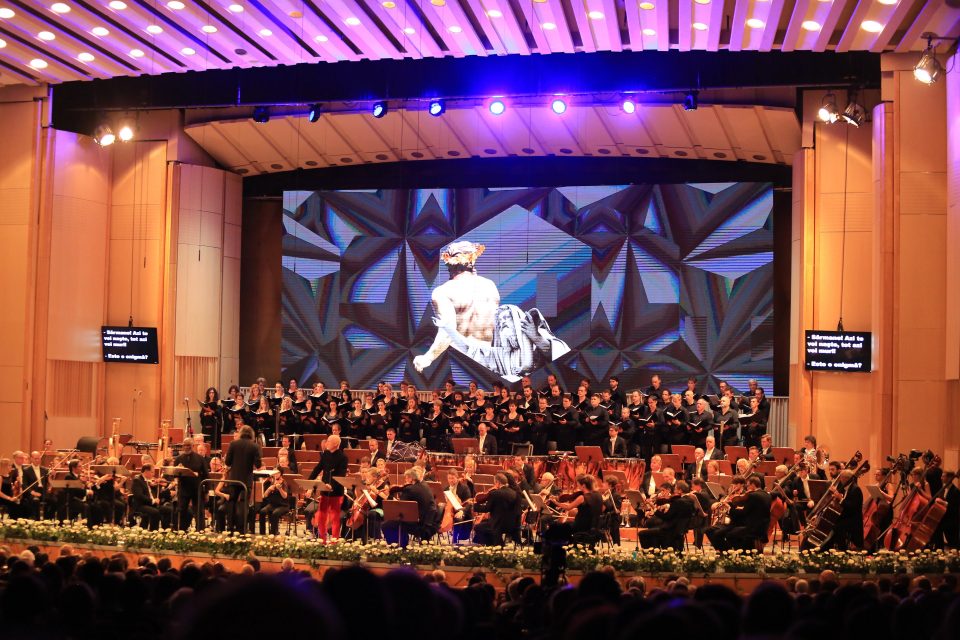 Culture Minister Bogdan Gheorghiu said on Tuesday that the George Enescu Festival is a symbolic event for the international world of music and stressed that the 2021 edition must be “truly memorable.”

“This year, the George Enescu International Festival celebrates 140 years since the birth of the great composer, which is why the 2021 edition must be truly memorable. As you know, Romania’s Government is the producer of the festival and the George Enescu international contest, through the Culture Ministry and its organiser, ARTEXIM,” Gheorghiu told the press conference devoted to announcing the event.

Gheorghiu gave guarantees that the festival would have ensure the necessary funds for organising it “at the highest standards” and brought to mind that the Culture Ministry allotted 5.82 percent from the 2021 budget, namely 52 million lei, to organising this edition of the George Enescu International Festival.

“Each edition of the George Enescu International Festival is a celebration of music, bringing together the best artists of Romania and worldwide. The efforts made by the organisers each year have materialised so that this event has become today a symbol for the international world of music. The George Enescu Festival and International Contest have earned a strategic place, showing that they can take their mission further, in spite of the pandemic, and be a source of spiritual development for us all. They continued to promoted the music and personality of George Enescu, authentic culture and support young artists in Romania and abroad,” the minister said, according to Agerpres.

Gheorghiu also said that the event could not take place last year due to the pandemic restrictions.

“Nonetheless, between March 18 and July 1, the public had access online, on the official website where there was created another kind of George Enescu International Festival, because it provided free access to all to quality classical music. A number of 29 concerts could be accessed both by Romanians and the international public. We must be aware that the organisation of this Great Festival, a true country brand for Romania, depends on the epidemiological development and the population’s vaccination rate. In context, I hail the participation in the conference of Mr. Presidential Adviser Sergiu Nistor and Mr. Col. Dr. Valeriu Gheorghita. Their presence sends a strong message about the interinstitutional collaboration which the Enescu Festival needs to unfold in safety conditions. It is a message for all institutions which, one way or another, will be called to contribute to this year’s edition,” Bogdan Gheorghiu said, according to Agerpres.

Eventim’s Popa: Campaign for selling season tickets for Enescu Festival based on a lottery system

Claudiu Popa, managing director at Eventim, announced the launch of a campaign, in June, for this year’s edition of the Enescu Music Festival, to sell season tickets to the festival based on a lottery system.

He told an online conference that the system was chosen because of the limited number of seats that can be filled in the concert halls.

Claudiu Popa specified that classical music lovers will be able to register for the purchase of a season ticket, through a form that will be available both on the festival website and on the Eventim website, with more information to be published until the end of May.

He specified that, after the draw for the winners of the season tickets, tickets will be put on sale both for the access to the concert halls and for the viewing in the pay-per-view system.