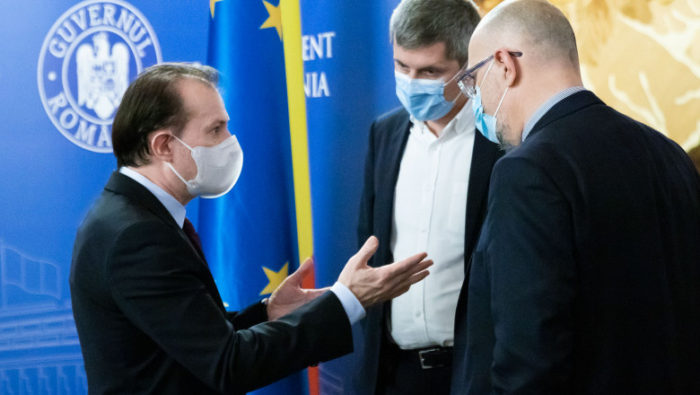 Prime Minister Florin Citu said on Monday night, at the private TV broadcaster Digi24, after discussions in the governing coalition, that his option is to continue governing in the current formula.

He added that he hoped the nomination for the Health portfolio would come as soon as possible.

For his part, the leader of the Hungarian Democratic Union of Romania (UDMR), Deputy Prime Minister Kelemen Hunor, said at the end of the ruling coalition’s sitting that the discussion was “extremely constructive” and that the Union still supports this coalition, because there can be no tension, no greater conflict.

He said he was convinced that on Tuesday, when a new meeting of the governing coalition takes place, “a good solution for each side” would be found.

The Save Romania Union – Party of Liberty, Unity and Solidarity (USR PLUS) co-chair Dan Barna, also a Deputy Prime Minister, said on Monday evening that during discussions in the governing coalition each side had presented its point of view, the National Liberal Party (PNL) in the sense of supporting Florin Citu, and USR PLUS in the direction of no longer trusting the Prime Minister, with talks due to resume on Tuesday at 4:00 p.m.

There have been several hours of discussions in which each partner has presented their positions and points of view, the arguments for which the PNL supports Florin (Citu), the arguments for which we no longer trust the prime minister. We’ll continue tomorrow at 4:00 p.m. During these hours, what happened was we analyzed the assumptions and working scenarios on the basis of which we will be able to reach a decision of one kind or the other in the shortest possible time. We continue tomorrow at 4:00 p.m.,” Dan Barna said, at the Parliament Palace.

Governing coalition meets for the first time after Vlad Voiculescu’s dismissal. PNL: Citu benefits of our full support, we will not replace him

Rovere Mobili sold over 3,200 items through its online store, average shopping basket of over EUR 1.100

Social Democrats: Allowances will be increased, as the budget has been adopted with the votes of PSD, ALDE, UDMR and the Minorities

Isarescu and Ponta, preferred as prime-ministers