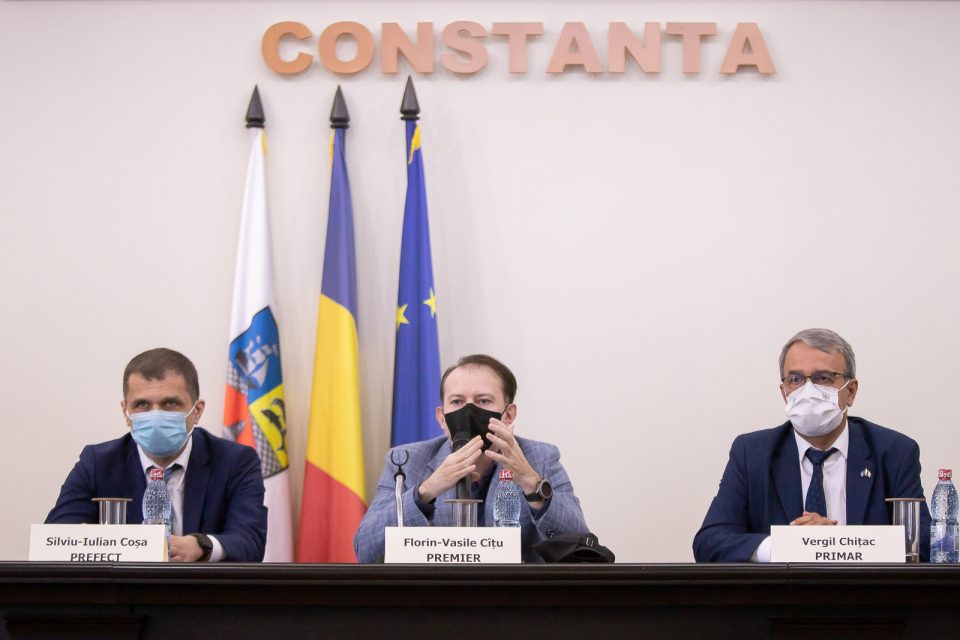 Prime Minister Florin Citu announced, on Thursday, that from June 1 masks will not be mandatory on beaches, on the condition the chaise longues be distanced.

“I believe that from June 1 we can speak of eliminating the wearing of masks on beaches. So, here we have a consensus. I came, of course, with a condition: distancing on the beach between chaise longues, which the industry agreed to. With this minimal condition, we can announce: no masks on beaches starting June 1,” said Citu.

He announced two stages of relaxation of measures, the first stage from June 1, the second from August 1.

“I am glad of the support of the representatives of the industry for the vaccination campaign,” stressed the Prime Minister.

Thursday morning, the Prime Minister had a meeting with representatives of the HORECA sector, at the headquarters of the southeastern Constanta Prefecture.

Citu after meeting HORECA representatives: Everyone understood that we cannot reopen completely from 1 June

Prime Minister Florin Citu said Thursday after a meeting with hospitality representatives held in southeastern Constanta, that they understood that it would not be possible to give up all the restrictions from 1 June, a second stage of relaxation being to kick off from 1 August.

“We have received very good proposals and solutions from the industry, which we will discuss tomorrow in the inter-ministerial committee and my promise is that we will have these solutions approved in time, so that we can start from 1 June a first stage of relaxation and a second stage on 1 August. Everyone understood that we cannot reopen completely from 1 June,” the prime minister said.

Constantin Sebeșanu, the new CEO of Impact Developer & Contractor SA: This position brings with it the challenge of maintaining Impact as a leader in residential development

CBRE: 2021 is shaping up as a new record year for the industrial market, also influenced by the evolution of retail