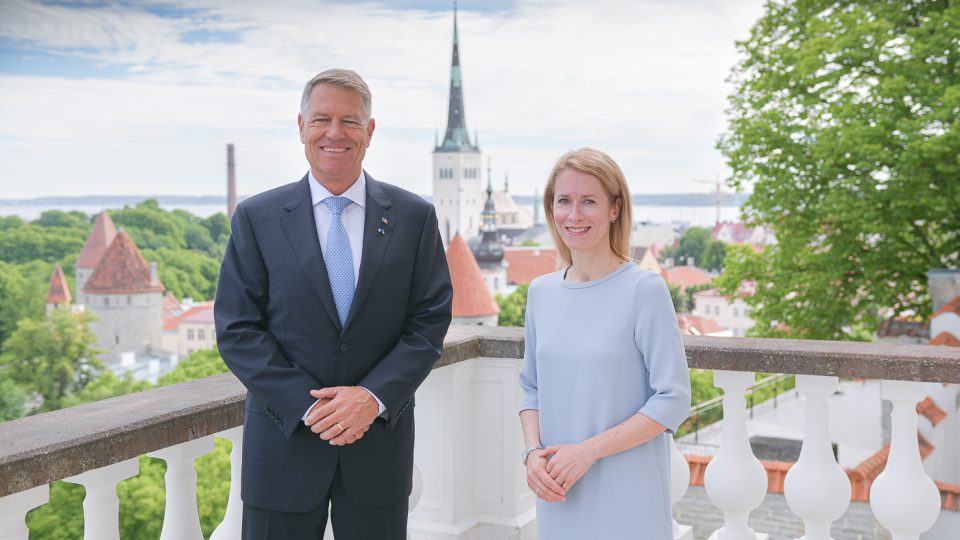 On Thursday, Romania’s President Klaus Iohannis discussed with Estonian Prime Minister Kaja Kallas the prospects for the bilateral relationship between Romania and Estonia, items of shared interest on the European agenda, as well regional and multilateral priorities.

“Bilaterally, the President of Romania emphasised the desire to strengthen economic co-operation, including boosting trade and sectoral exchanges. During the official discussions, a shared interest in the development of co-operation in the digital sector was highlighted, with President Klaus Iohannis emphasising an interest in cybersecurity and artificial intelligence co-operation, given the experience in this area of Estonia and Romania, which hosts the new Cyber Centre of the European Union,” the Presidential Administration said in a statement.

The Romanian head of state underlined the importance of coordination at the level of the European Union to strengthening resilience, both internally and globally, highlighting the role that the Euro-Atlantic Resilience Centre in Bucharest can play. Their discussions also focused on a strategic approach to the EU’s relationship with Russia.

The two state officials also addressed co-operation between the two countries under regional formats, the Bucharest 9 and the Three Seas Initiative, with emphasis on Romania’s main objective for the implementation of the strategic projects Rail2Sea and Via Carpathia, designed to substantially improve the European North-South interconnection.

At the same time, the conversation with the Estonian prime minister focused on co-operation inside NATO, given the excellent results of the June 14 summit.

In a conversation with President of the Estonian Parliament Jüri Ratas, Iohannis voiced Romania’s interest in intensifying parliamentary co-operation.

“President Klaus Iohannis mentioned the prospects for co-operation offered by the Three Seas Initiative in parliamentary dialogue and welcomed the Estonian Parliament’s organisation of the initiative’s first parliamentary forum in June 2021,” the Presidential Administration said, according to Agerpres.

The meetings with the two Estonian state officials were followed by the laying of a wreath at the War of Independence Monument and a visit to Tallinn City Hall, as well as visits with Estonian President Kersti Kaljulaid to the e-Estonia Centre and the the Unicorn Squad start-up.

The visits to the e-Estonia Centre and the Unicorn Squad start-up, Estonia’s successful projects in terms of digital transformation and innovation, are said to have opened the opportunity to intensify Romanian-Estonian co-operation in these areas of special interest to the two countries.

Iohannis paid a state visit to Estonia on Wednesday and Thursday. On Wednesday, he met his Estonian counterpart Kersti Kaljulaid.

President Klaus Iohannis, on a state visit to Tallinn, has decorated several Estonian officials including his counterpart Kersti Kaljulaid, the Presidential Administration informs.

The head of the state conferred the National Order of the Star of Romania in the grade of Collar to the President of Estonia Kersti Kaljulaid, as a sign of “high appreciation for her exceptional contribution to promoting democracy and regional security and to deepening and diversifying traditional Romania – Republic of Estonia relations.”

Prince of Wales on his second official visit to Romania. President Iohannis confers him the Grand Cross of the Star of Romania, as a token of appreciation