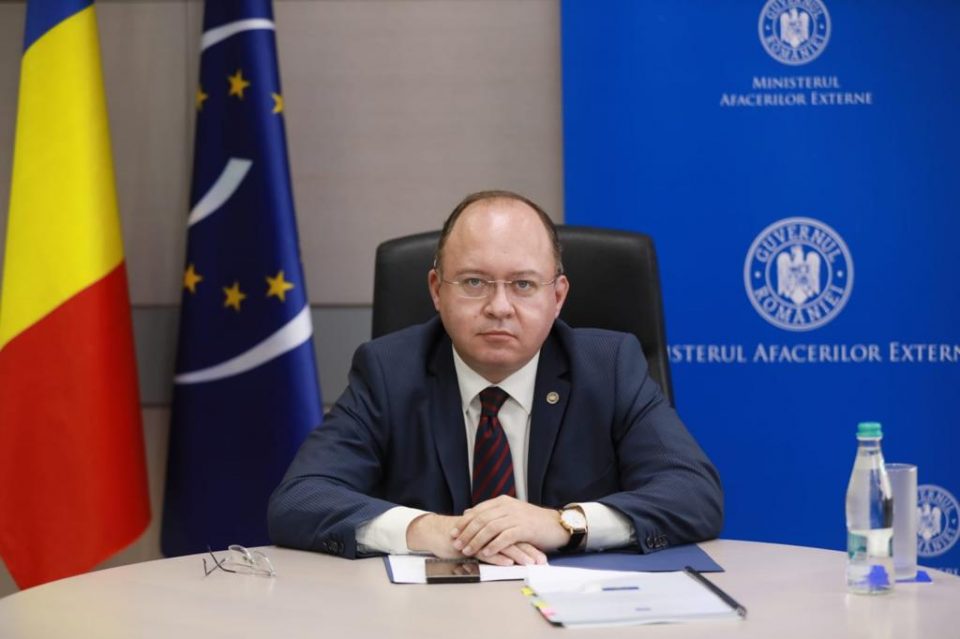 The Ministry of Foreign Affairs (MAE) hails the anniversary of 10 years since the adoption of the EU Strategy for the Danube Region (EUSRD), the Romanian-Austrian regional cooperation initiative meant to stimulate cooperation between the states riparian to the Danube, occasion on which Minister Bogdan Aurescu noted the fact that “it continues to bring added value to the European project.”

According to a press release sent on Thursday, the Ministry of Foreign Affairs (MAE) shows that the anniversary represents a new occasion to reaffirm the direct and substantial contribution that the EUSRD had, along its implementation, in supporting some important objectives such as: the promotion of economic and social convergence inside the union, the consolidation of cooperation between partners that share the same values and principles, the development of projects and common initiatives and the stimulation of good practice exchange and the dialogue between authorities in the partner states.

Furthermore, the quoted source adds, the EU’s objectives regarding the active promotion of the expansion policy of the Union and the Eastern Partnership were supported through the Strategy.

“Today, at the anniversary of 10 years since the adoption of the EU Strategy for the Danube Region, we are glad to note that the common political initiative of Romania and Austria continues to bring added value to the European project. The objectives of the strategy resonate in full with our common interest to strengthen the resilience of the Union, especially in the context determined by the COVID-19 pandemic, as well as to follow up on the medium- and long-term priorities of the EU, especially in matters of climate change and digitization,” Aurescu stated, according to the release.

On the other hand, MAE expresses hope that the EU Strategy for the Danube Region will continue to act as an accelerator for development in the region and the promotion of cohesion, including in the context of new efforts for economic recovery at the European level post-pandemic, to facilitate the process to expand the EU by identifying and capitalizing on new synergies with it, as well as contribute to closing the gap in European values and standards of the countries in the Eastern Vicinity of the EU participating in the Strategy.

The Minister of Foreign Affairs encourages all partners committed to running activities as part of EUSRD to continue efforts to elaborate and implement concrete projects as part of the Strategy that would lead to increasing safety and quality of life of citizens in the Danube region. Furthermore, MAE encourages the sustained participation, in the future, in cooperation, under the EUSRD banner, of representatives of administration, civil society, academia and the business milieu in Romania to support the development objectives of the Strategy.

EUSRD is one of the four macro-regional strategies of the EU, initiated and promoted successfully by Romania and Austria with the objective of coagulating the converging development interests of the region inside the EU and the vicinity. Approved by the European Council on June 24, 2011, the strategy is a highly visible political project, representing the first large-scale initiative of Romania inside the EU.

Romania has exercised twice the mandate of rotational chair of the EUSRD (2013, 2019), promoting economic and social cohesion and convergence in the Danube Region. Furthermore, it contributed actively to coordinating Danube cooperation in the realms of mobility on navigable waterways, culture, tourism, direct human contact, as well as environmental risk management, the release to Agerpres also shows.

HealthMin Mihaila proposes series of measures to speed up the anti-COVID vaccination campaign: Rewards for the vaccinated, restrictions for unvaccinated