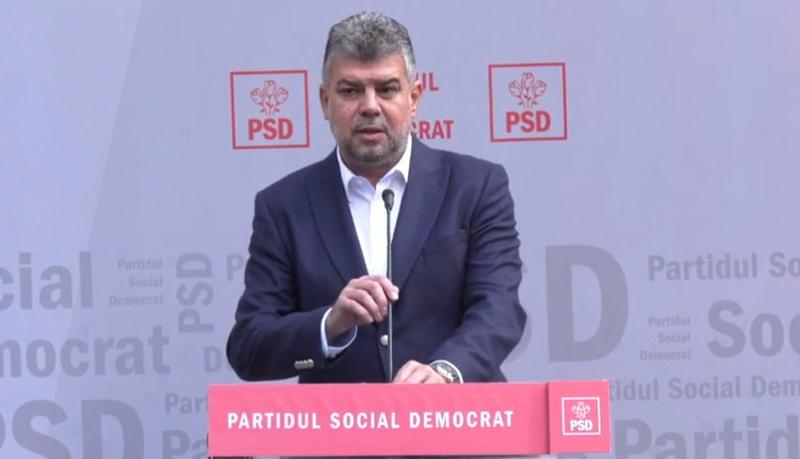 The opposition Social Democratic Party (PSD) is urging President Klaus Iohannis to “interrupt his leave” to step in what they call “Citugate” scandal regarding the “illegal” use of the Government’s human and financial resources in Citu’s election campaign for the National Liberal Party (PNL) national leader.

“Considering that this action is related to the crime of corruption provided for in Article 13 of Law 78/2000 on the prevention, detection and penalisation of corruption, the lack of a reaction from President Iohannis, who personally endorsed the Citu government, makes him an accomplice to this moral and legal guilt and nullifies his previous speech by which he publicly condemned the high-level corruption,” PSD wrote in a press statement released on Thursday.

According to PSD, it is “obvious” that the prime minister “knew the content of the political scoreboard stated under the logo of his Chancellery and approved transmission to the political leaders of PNL.”

“Elementary logic says that if the Prime Minister’s name and the government’s header had been used without his knowledge for political purposes, the natural reaction would have been to order an internal control action to identify and penalise those responsible. Also, the posts on social media and the public statements of the PNL leaders mentioned in the letter accurately followed the indications in the document sent from the government, which confirms its authenticity. Moreover, even if the document was not registered at the Registry of the Chancellery of the Prime Minister, the computer details found in the file structure confirm that it was sent from the government by one of its employees who is paid from public money,” said PSD, according to Agerpres.

The Social Democratic Party (PSD) maintains that the government is guilty of “undermining” the national economy, because this year Romania will not receive “any euro” from the National Recovery and Resilience Plan (PNRR).

“Zero euro from PNRR in 2021! PSD was right! Romania will not receive any euro from PNRR this year! Romania cannot rely on the financing of the huge deficit on the advance payment of 1.3 billion euros from PNRR,” said the Social Democrats, in a message posted on Facebook on Thursday.

According to PSD, Romania will lose a year to contract projects.

“The Moldovan highway is becoming a dream shattered by the incompetence of Florin Citu’s government! And worse, the whole Energy chapter – coordinated by Liberal Virgil Popescu – must be rebuilt. The European Commission rejected the allocation of hundreds of millions of euros to the sponsors of the party and the power. Deputy Prime Minister Dan Barna, who is the boss of Cristian Ghinea – the main person responsible for the repeated failures regarding the PNRR – was forced to accept the evidence and admit that the PSD was right. It is really criminal that Romania has to borrow another billion euros to pay heavy interest to make up for the absence of the down payment from the PNRR! Dear rulers, you are guilty of undermining the national economy!,” said the Social Democrats.

Scandal on the political scene: Does the Prime Minister use the Government’s resources to campaign in the PNL?

PM Citu: Average net monthly pay has increased much faster in 2021 than the inflation rate