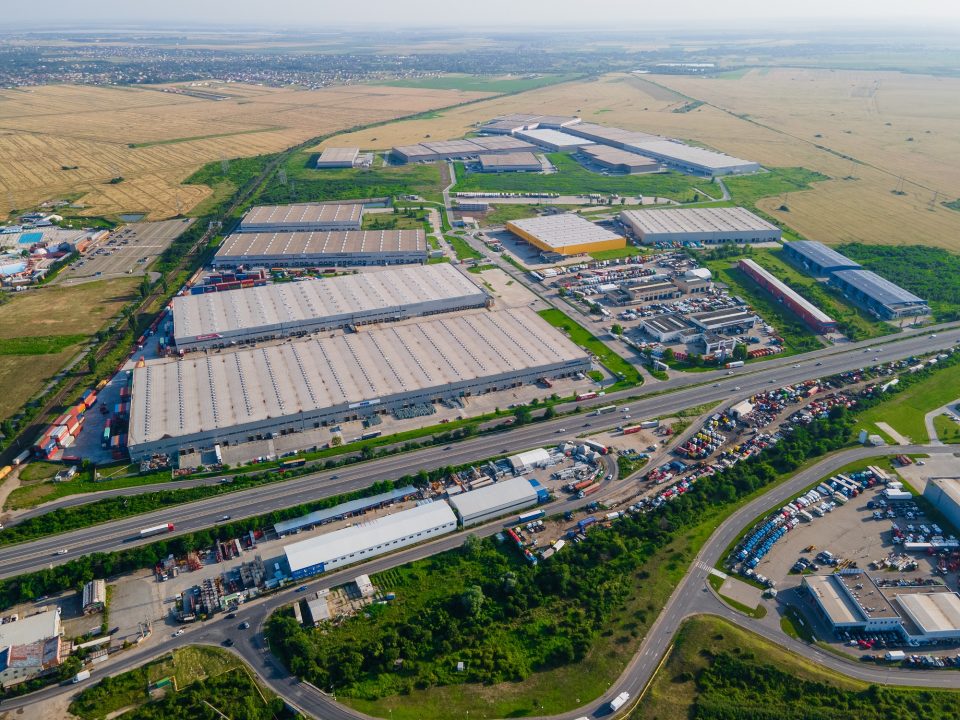 P3 Logistic Parks (“P3”) continues its quest towards achieving ambitious sustainability goals by transforming its existing assets in Romania and at a global level into energy efficient buildings, thus decreasing its carbon footprint and creating a safer, healthier environment for both tenants and their employees. Trying to stay as up to date and innovative as possible, the investor-developer is constantly adapting its worldwide operations not only to recent, but also to more futuristic trends, as presented below by futurologist Sean Culey – strategist, transformation advisor and external consultant to the company.

Sînziana Pardhan, Managing Director P3 Romania, states: ”P3 is an innovative company and has been constantly looking to consolidating and adding new, state-of-the art and sustainable features and facilities to both its existing assets, greenfield developments. We are very fond of the idea of creating sustainable spaces and communities and we are looking closely to all the trends relating to our activity domain.”

Technologies such as robotics, machine learning, autonomous vehicles, renewable energy and the Internet of Things, are now on the verge to converge and connect. Logistics, an industry where human hands are still required to pick, pack, load, drive and deliver goods, is adapting to the new trends.

A Return to Renewables

Renewable energy was actually the very first type of energy that humans captured and used. Hydropower has been used to turn watermills since the days of the ancient Greeks, and wind power has been used to move sailboats down rivers and across oceans for even longer, dating back 5,000 years to the days of the Ancient Egyptians. The issue back then was that humanity couldn’t store the energy that was generated, and the power they were able to generate paled into comparison against the steam and oil-burning engines that have emerged since the 18th Century. Recent developments in renewable power generation have seen the price per kW plummet, with the International Energy Agency announcing in 2020 that the world’s best solar power schemes were now able to offer the cheapest electricity in history.

Warehouses and fulfilment centres are particularly suited to the application of solar panels due to their large surface area and flat roofs. The roof is an idle asset that can easily be used to capture solar energy. P3 Logistic Parks, for instance, is one of the companies that has grasped this opportunity and currently uses solar panels in 11 of its parks across Europe, in the Czech Republic, Germany, Spain and Italy. Moreover, the company is looking into the possibility of installing such panels also in its Romanian park, as an additional component of the steps dedicated to reducing the carbon footprint. To these, an additional four locations in Poland that are using panels for to produce hot water are added.

There is every reason to believe that 2020 may have been the tipping point for electric vehicles and that 2021 would see them cross the chasm into the mainstream. One look at Tesla’s incredible market valuation and rising sales figures would indicate that this is almost certainly the case. Tesla went on to sell over 365,240 Model 3’s in 2020, 12% of the total EV sales and the company now has a market cap of $756 bn, more than every other major car manufacturer combined. Norway – for example – the world’s leading user of electric vehicles will ban traditional combustion engines from 2025, the UK from 2030, California from 2035, and other European countries such as Germany and Slovenia will act to prevent sales of carbon-emitting vehicles between 2030 and 2040. Jaguar Land Rover has already announced that all Jaguars will be electric starting 2025, and its entire range will be electric from 2030. GM has also declared that it will phase out fossil fuel burning vehicles by 2035. As a result of these decisions, funds will now be redirected from combustion engines to electric-powered vehicles in a way we haven’t seen to date: Volkswagen announced expenditure of around EUR 73 billion on electrification, hybrid powertrains and digital technology over the next five years; BMW Group plans to virtually double the number of electrified vehicles it offers to 25 models by 2023; Daimler will invest €70 billion ($85 billion) between 2021 and 2025 into EVs. Researchers IHS Markit predicts a 70% rise in global sales of electric vehicles in 2021, 44% in China, 28% in Europe, 16% in North America and a combined Japan/South Korea share of 11%. They also predict that by 2025 global sales will top 12.2 million, indicating annual growth of nearly 52% (compounded). In a perfect example of the fact that this year represents the EV tipping point, in Jan 2021 it was announced that the world’s biggest diesel engine factory in Tremery, eastern France, will switch production to electric motors.

Currently, the availability of charging infrastructure across Europe is both insufficient and unevenly distributed. There are currently only 224,538 public charging points across the EU. This February, the European Automobile Manufacturers’ Association (ACEA) and other consumer and sustainable transport groups told EU leaders that one million public EV charging points would be needed by 2024, and three million by 2029. In its role as a responsible long-term investor developer of logistics assets and as a keen supporter, early adopter and active contributor to the cause, P3 already has 31 EV charging stations in Germany, one in the Czech Republic and has recently inaugurated its first two fast-charging EV stations in Romania, in its part at KM 13 on the A1 motorway.

Brace for an expensive winter

Foreign Minister Aurescu, telephone conversation with the National Security Advisor to President of the United States

“Deaf and absurd” – guess who?