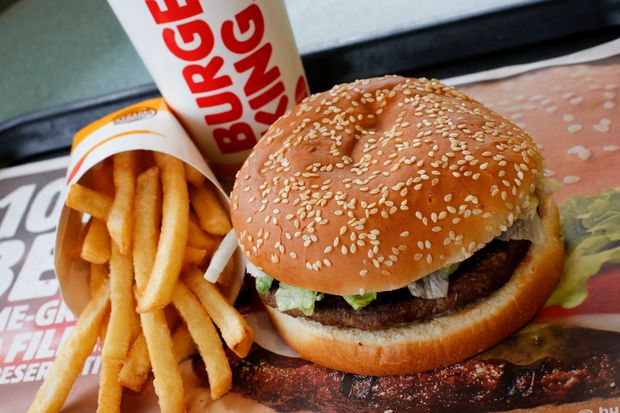 Burger King Romania, operated by AmRest, one of the largest European restaurant and food service platforms, celebrated two years on the Romanian market. Since the opening of the first restaurant in September 2019 in Bucharest, the company has continued to expand, despite the pandemic, currently managing 9 restaurants in Romania. In July 2021, AmRest opened the first Burger King restaurant in Brașov, marking the beginning of its national expansion.

The company considered the pandemic an opportunity to develop and identify new ways to increase interaction with consumers, focusing on strengthening the digital communication strategy. Since the beginning of the pandemic, Burger King has quickly adapted to the needs of consumers, integrating the food delivery service in record time through partnerships with delivery applications and subsequently developing its takeaway and pick-up services. In the last year, consumers have benefited from a series of dedicated offers through Burger King partner delivery applications, such as discounts for purchasing the latest Burger King products launched in Romania.

In terms of innovations, this year, Burger King brought to Romania its first Plant-Based products – Plant Based Whopper & Plant-Based Nuggets – representing a tasty alternative for all those who want to experience meat-free products while continuing to enjoy the unique taste of well-known Burger King products. The products were designed together with The Vegetarian Butcher, a specialist in the development of plant-based products. The two companies have teamed up to create products that could change the QSR industry forever.

“Two years after Burger King entered the Romanian market, we can be proud of the fact that we have carried out our expansion plan at national level. At the same time, we have managed, as before, to achieve our strategic objectives, even in the midst of a pandemic. Also, our actions are designed to take into account the needs and requirements of our customers, which we want to cater to as best we can. Online communication has proven to bring many benefits to our business, which is why we will continue to invest in it – both in communicating with consumers and in delivery services – in line with our goal of attracting new customers and keeping existing ones.”, concluded Alin Nenciu, Marketing Manager of Burger King Romania.

“Regarding the future, we want to expand at least as much as we have in the two years since we entered the Romanian market. We plan to open new restaurants and we are considering expanding to other big cities in the country, as we think is normal. The opening of the first Burger King restaurant outside Bucharest, in Brașov, is just the first step in a nationwide expansion plan that we will continue to implement. In the first year since entering the Romanian market, we focused on consolidating Burger King’s presence in Bucharest. Now, after two years, local and national expansion is our priority.”, said Adrian Popovici, Area Manager Burger King Romania.

The two years of Burger King’s presence on the Romanian market translate into:

Burger King continues to ensure a safe environment in all the space available in its venues and respects the health safety conditions through a whole set of measures meant to protect customers and staff. Table seating  respects all the social distancing measures imposed by the authorities, the tables being disinfected after each customer. At each cash register or at the entrance to the restaurant, customers can sanitize their hands using the disinfectants available in dedicated dispensers, a press release issued by the company informs.

Eight of the Burger King restaurants are located in Bucharest (three in-line and five located in shopping malls), and one in Brașov. They are open from Monday to Sunday as follows:

Mind Architect and OTP Bank Romania Foundation, with the support of the Ministry of Education, launch the Neuroscience in the Classroom learning project