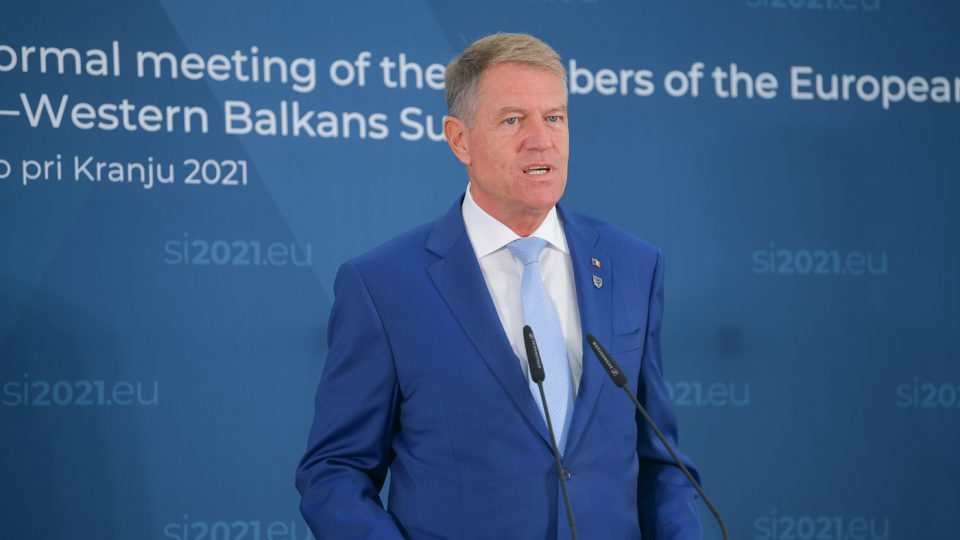 President Klaus Iohannis said on Wednesday that, after the informal meeting of the European Council, the European Commission has committed itself to come up with some solutions on increasing energy prices.

“We had an informal discussion last night and I think two conclusions are very important, which were drawn from the discussions that lasted until late at night. The first is related to the way in which we, the EU, see ourselves in the global politics, the conclusions are good for us and important. Everybody stressed the importance and relevance of NATO and the importance, relevance and need to keep the transatlantic relationship strong. On the other hand, we had a first discussion about energy prices, especially electricity prices, and we agreed to speed up all the steps. The Commission has committed itself and we expect it to keep to this issue, to come very quickly, within a week, with an approach proposed by the Commission that has to come up with some solutions, because we cannot pass the winter with increasing electricity prices,” the president said.

He also specified what the discussions at the EU-Western Balkans Summit, taking place in Slovenia, will be aimed at.

“Today we are discussing about the states in the area, there are six states that all want to become members of the European Union, there are economic issues, there are issues of conditionalities, but the most important thing here is that we, in the Union, want to give a European perspective to the states of the Western Balkans, and these states obviously want to confirm their interest in becoming member states and are willing to meet all the conditions. So today I do not expect complicated discussions, everyone wants us to make progress in these accession processes,” Iohannis said, according to Agerpres.

The Romanian president is attending the EU-Western Balkans Summit in Slovenia in Brdo on Wednesday. On Tuesday, Klaus Iohannis attended the informal meeting of the European Council, also held in Brdo.

President Iohannis about the political crisis: The interim Government to remain in office until a solution is found