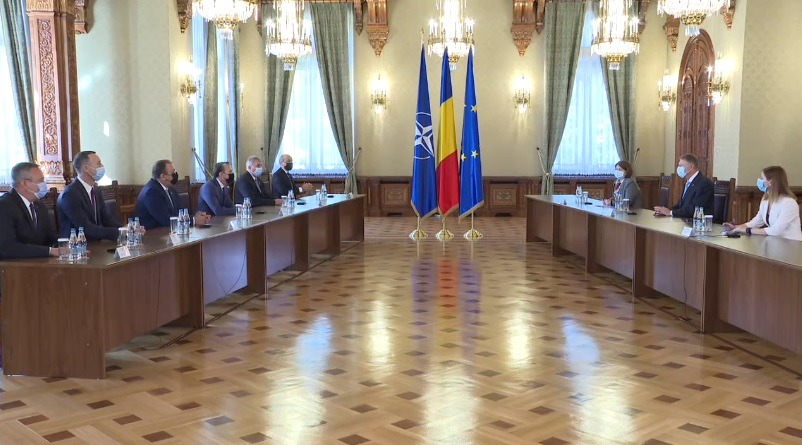 President Klaus Iohannis invited the parliamentary parties and formations for consultations at the Cotroceni Presidential Palace on Monday, aimed at designating a candidate for the prime minister office, the Presidential Administration informed.

“In accordance with the provisions of article 85 paragraph (1) and article 130 paragraph (1) of the Constitution of Romania, President Klaus Iohannis has called at the Cotroceni Palace, the chairs of the political parties and formations represented in Romania’s Parliament, for consultations aimed at designating the candidate for the prime minister office,” the Presidential Administration shows.

On November 4, the head of state announced that he would call the parties to consultations for the formation of the new government when a parliamentary majority crystallised.

“I will wait with the formal consultations until, from the discussions in the parties, a majority assumed by the parties that wants to propose a Government crystallises. Only when this majority is assumed will I convene consultations for the formation of the new government,” Iohannis explained, according to Agerpres.

DSU’s Arafat: Romania does not consider quarantine of unvaccinated people

USL to decide form of retrocession law on Tuesday