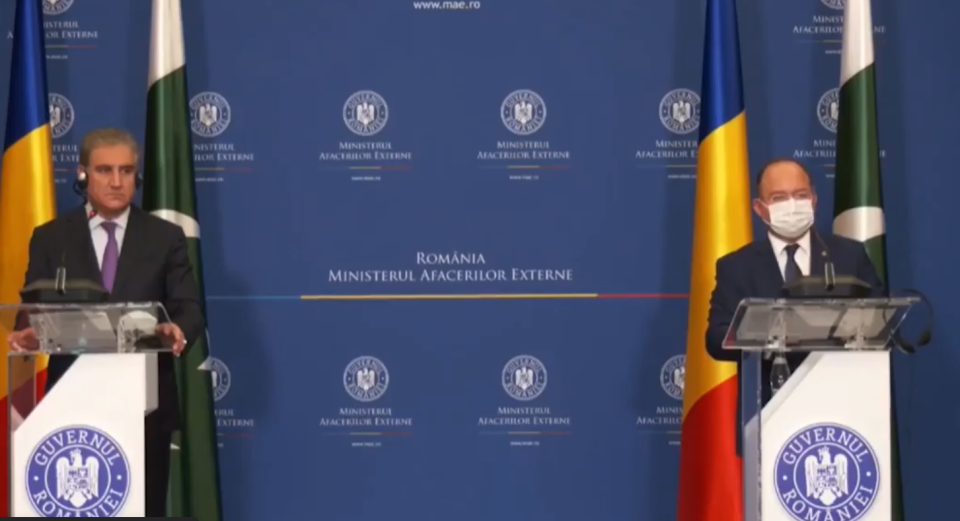 Foreign Minister Bogdan Aurescu said in a joint news conference with his Pakistani counterpart, Makhdoom Shah Mahmood Hussain Qureshi, on Monday that “a new chapter” in the relationship between the two countries is beginning.

“We are starting a new chapter in the bilateral relationship, a chapter of close contacts, both at the political level as well as with a projection on the economic area, on the investment area and we want to go step by step, but at a very fast pace in developing the dynamics of our bilateral relationship,” said the head of the Romanian diplomacy.

He stressed that the current visit to Romania of the Minister of Foreign Affairs of Pakistan is the first in a period of more than two decades.

“I thank the Minister for the essential support that the Islamic Republic of Pakistan and himself have given to Romania’s efforts to repatriate some of the 49 Romanian citizens who were evacuated from Afghanistan, some of the citizens of other allied states who were also evacuated by the Romanian authorities from Afghanistan, as well as of 156 Afghan citizens in situations of risk, in August and September 2021,” Bogdan Aurescu specified.

According to him, a “collective approach of the international community in Afghanistan” is needed.

Makhdoom Qureshi also spoke of “a new era in bilateral relations.” “I see a promising environment, many opportunities in the future,” he said. At the same time, the Pakistani minister stressed that “the private sector is and will be the driving force behind economic relations” between the two countries.

“We have discussed how to promote our economic relations. In the past fiscal year, our trade has increased, despite the pandemic, by 50.6%. But it is far from the potential that exists between us and in the context of the European Union. We want to seize the potential and the opportunities that we have overlooked. It is the right time to move forward,” said Makhdoom Qureshi, according to Agerpres.

Prior to the press conference, a Memorandum of Understanding was signed between the Polytechnic University of Bucharest and Pakistan’s Embassy to Romania, in the presence of the two ministers.