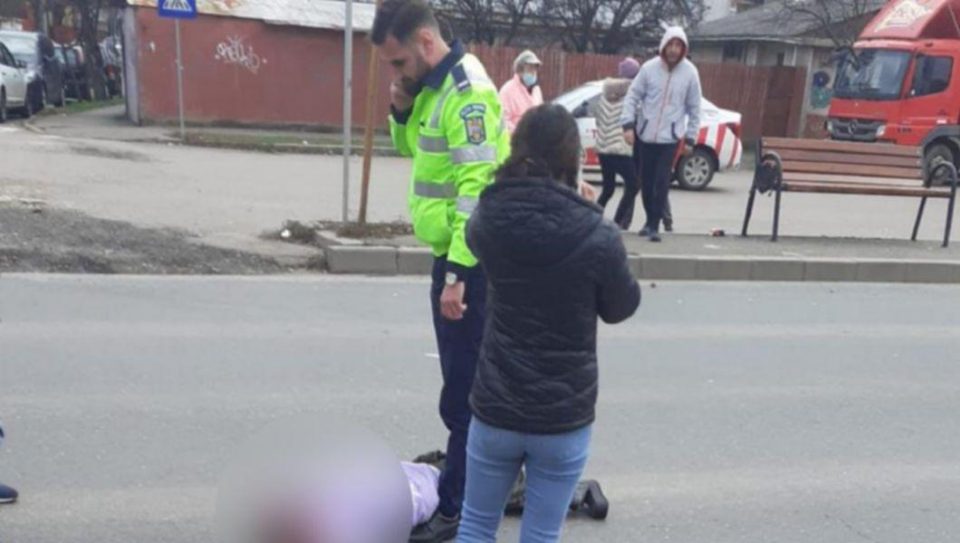 The policeman who fatally injured a 13-year-old girl on the pedestrian crossing on Thursday was placed under judicial control by the Prosecutor’s Office attached to the District 1 Court.

The agent is under criminal investigation for the crime of manslaughter, and he was heard by prosecutors on Friday. After the hearing, the investigators decided that the police officer should not be detained and placed him under judicial control.

“It should be noted that according to the information held, the defendant at the time of the accident was on duty, but was not on a special mission to claim urgency and thus justify the use of light and acoustic signals. Investigations are ongoing and will continue in the direction of clarifying all aspects of the case,” the Prosecutor’s Office states in a press release.

Also on Friday, the spokesperson for the Prosecutor’s Office attached to the District 1 Court, Radu Calin, made a few clarifications on this case.

“On January 13, 2022, the suspect, a police officer in the General Directorate of Police of the Municipality of Bucharest, the 15th Police Station, while driving a police car on a boulevard in District 1, when at a pedestrian crossing, due to non-compliance with the maximum speed limit allowed in localities, did not yield priority to the victim and injured her, causing traumatic injuries, which led to the immediate death of the victim. The minor victim, aged 13, was engaged in crossing the road on the pedestrian crossing. At the moment, the case prosecutor is considering taking some preventive measures,” said Radu Calin, according to Agerpres.

The representative of the Prosecutor’s Office specified that the car driven by the policeman had the light signals in operation, but not the acoustic ones, and the agent was not on a mission.

On the other hand, he refused to confirm that the policeman was going “to get food,” as this information appeared in the press.

“The suspect was informed of the accusation (…). It was established that he did not respect the speed regime in the respective area. An expertise was ordered to establish the exact speed,” the spokesperson for the Prosecutor’s Office detailed.

The press office of the Bucharest Police reported on Friday that the policeman had obtained his driving license in Romania in 2012 and exchanged it in 2016 in the UK, being valid on the basis of reciprocity with the European Union.

The accident happened on Thursday in District 1, when the police officer behind the wheel ran over two girls crossing the street. One of them was transported to hospital, and the other died at the scene of the accident.

Berechet: I ordered discharge of policeman investigated for fatally injuring a 13-year-old girl on a pedestrian crossing

The head of the General Police Directorate of the Municipality of Bucharest, Bogdan Berechet, announced on Friday evening that he has ordered the discharge from the position of police officer who fatally injured a 13-year-old girl on a pedestrian crossing, emphasizing that the Bucharest Police did not try “to hide this event for a second”.

“Regarding the tragic event that took place yesterday, the police, together with the case prosecutor, immediately started investigations to clarify the situation as soon as possible and to order the legal measures. Following the evidence administered, the case prosecutor ordered the judicial control measure for 60 days. Given the measure ordered by the prosecutor in the case, according to the Statute of the police officer, as Chief of the Bucharest Police, I ordered the discharge from the position of the policeman,” Berechet said.

Police had erroneously transmitted the fact that the policeman was on a mission, and the prosecutor who made statements on Friday stated the opposite.

“I would like to clarify this situation, namely the fact that the police officers are on a mission as long as they are during the program. The prosecutor’s statements referred to the fact that the investigation revealed that the policeman was not on an urgent mission. Bucharest Police transmitted today, around 17.00, a response to the request of the Prosecutor’s Office attached to the District 1 Court through which we informed that the policeman was on a mission, carrying out specific police activities. The Prosecutor’s Office informed the public that the police officer was not on a special mission to call for an emergency or to justify the use of light signals. The investigation carried out by the case prosecutor will provide all the details for a quick clarification of the situation. Not for a second did someone try to cover up this event. On the contrary, I believe that we are the first to be interested in solving the case and ordering the legal measures”, said Berechet, according to Agerpres.

National Program for Combating Cancer launched in an event attended by president Klaus Iohannis: This plan relies on an integrated,...

PSD’s Ciolacu: We are in major energy crisis, the state must bravely intervene