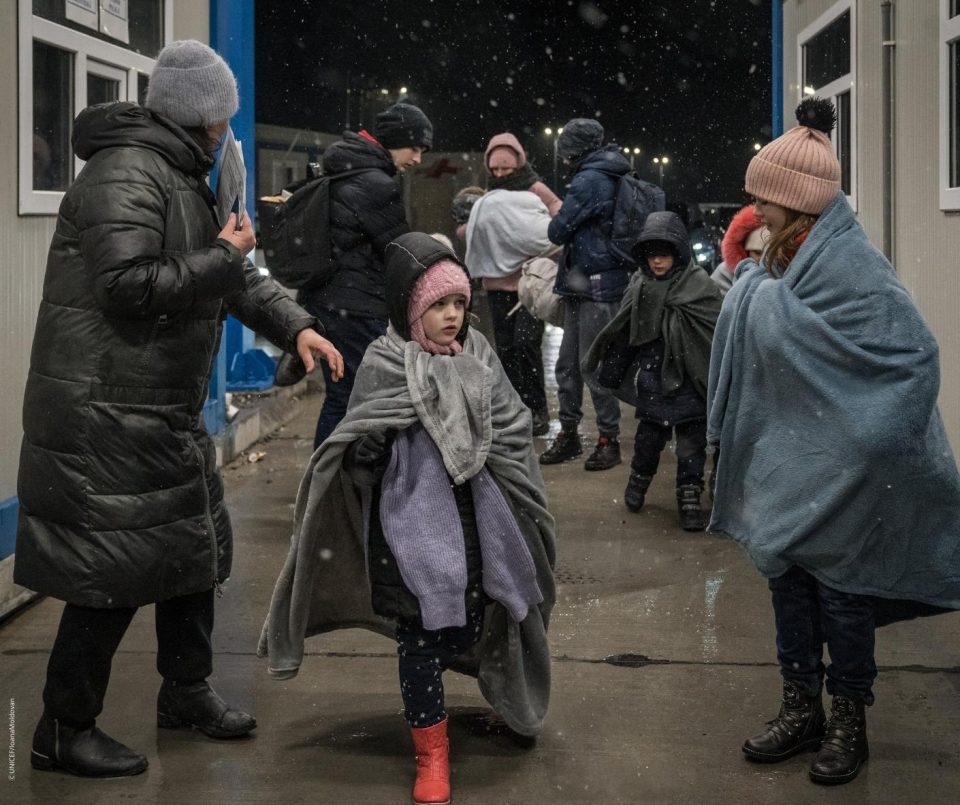 Most Romanians – 75.2% – believe that Russia is the main culprit for the war in Ukraine and only 4.6% indicate Ukraine, according to an INSCOP MONITOR poll conducted on March 2-7.

According to the poll, 7.9% of Romanian believe that Western countries are to blame for this armed conflict, and 10.6% did not know and 1.7% did not answer.

As many as 90% of the National Liberal Party (PNL) voters; 87% of the Save Romania Union (USR) voters, and 86% of the Social Democratic Party (PSD) voters believe so to a greater extent than the Alliance for the Union of Romania (AUR) voters (67%).

Also, the vast majority of Romanians – 79.2% – agree with the sanctions imposed by the European Union and the United States on Russia, 59.4% of whom totally agree, and 19.8% somewhat agree. Only 14.1% are somewhat or totally against sanctions.

At the same time, the share of Romanians who perceive the country to be on the right track after the outbreak of the war in Ukraine increased to 35.9%, from 19.9% in February.

According to INSCOP, the explanation for the increase in the number of Romanian citizens who believe that the country is moving in the right direction would be the fact that Russia’s aggression reminded how important Romania’s NATO and EU memberships are and what “this umbrella of security and development” means for the right direction of the country.

“It seems paradoxical, but (…) the very comparison with the desperate situation of Ukraine (…) has led to a clearer perception by the Romanian people of their real advantages. In addition, we have all seen infinite proofs of kindness and mobilisation of people in support of refugees, which may have positively influenced the way Romanians evaluate their own country today,” reads the INSCOP press statement.

According to the pollster, it is not known whether or not this is a momentary emotion, and whether or not a return to the usual figures will happen in the weeks ahead, Agerpres informs.

The nationally representative INSCOP MONITOR poll was conducted by telephone interviews on March 2-7, 2022 on a sample of 1,077 respondents. The maximum allowed error is +/- 3%.

AUR down, PNL up in voting intention poll after Ukraine war starts

The Alliance for the Union of Romanians (ARU) has fallen on the third place in the Romanian voters’ intentions, while the Social Democratic Party (PSD) continues to lead the ranking of voting intentions, and the National Liberal Party (PNL) has returned on the second place, according to an INSCOP MONITOR poll, conducted March 2-7 2022, after Russia’s invasion of Ukraine.

“PSD and USR keep their electoral score before the Russian invasion of Ukraine. The slight uptick for PNL could be ascribed to the recent intense activity of the President and the prime minister, which is gaining points from very high visibility in association with credibility benchmarks such as NATO and the EU. The slight decrease for AUR can be explained by the disappearance of the formation from the forefront of public attention, doubled by accusations brought by the media and political opponents regarding the pro-Russian attitudes of some AUR members or persons associated with it,” according to INSCOP.

It is not known at this time if the effects of the war in Ukraine on the voting intention are temporary due to the emotional context, or they will deepen.

“Certainly, the way in which the parties in the ruling coalition deal with the huge security and socio-economic challenges will strongly influence the voting intention. Just as the position of the opposition parties towards Russia’s aggression and the consequences of this invasion to the security and quality of life in Romania will have effects on the voting intention.”

PM Ciuca: Government’s focus now should be on measures in the short term for managing the effects of the energy crisis