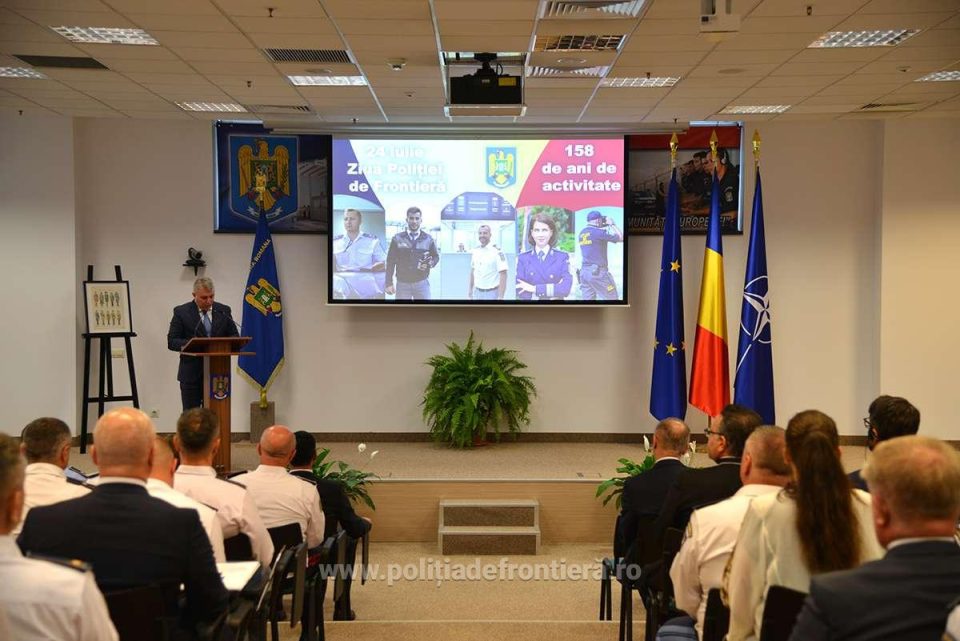 The activity of the Border Police is of particular importance, especially in the current regional geopolitical context, in which this structure is called upon to ensure the protection and security of Romania’s and the European Union’s borders, the Minister of Interior, Lucian Bode, said on Thursday.

“Today I participated in the anniversary event organized by the Romanian Border Police on the occasion of the 158th anniversary of its institutional existence. Today, protecting Romania’s borders means protecting the borders of the European Union,” Bode wrote on Facebook.
He showed that it is important for the employees of the Border Police to remain mobilized in the daily surveillance and control missions at the crossing of the state border and it is essential to continue to pay more attention to the fight against cross-border criminality.
“I particularly underscored the need for involvement and collaboration between institutions in order to achieve as soon as possible the strategic objective for Romania of accession to the Schengen area. Our country has been meeting the conditions for accession for more than a decade, contributing to the security of Europe to the same extent like the Schengen states,” added the minister.
Lucian Bode also highlighted the professional way in which the Border Police managed the security and humanitarian crisis caused by the military conflict in Ukraine, offering support to more than 1.7 million refugees who crossed the border in the last five months.
“I asked the border policemen to honour their duties with devotion and integrity because only in this way they will contribute to strengthening the prestige of the institution they belong to. I am convinced that the Border Police will continue on the path of modernization and institutional development and will continue to show the same major concern for ensuring a high level of equipment for the supervision and control of the external borders of the European Union,” said Bode.

In last year of the pandemic, ambulance services countrywide have had about 4 million interventions

Genesis Property: More than half of Romanian employees believe that interacting with coworkers outside the office enhances team cohesion and long-term productivity


Note: these settings will only apply to the browser and device you are
currently using.