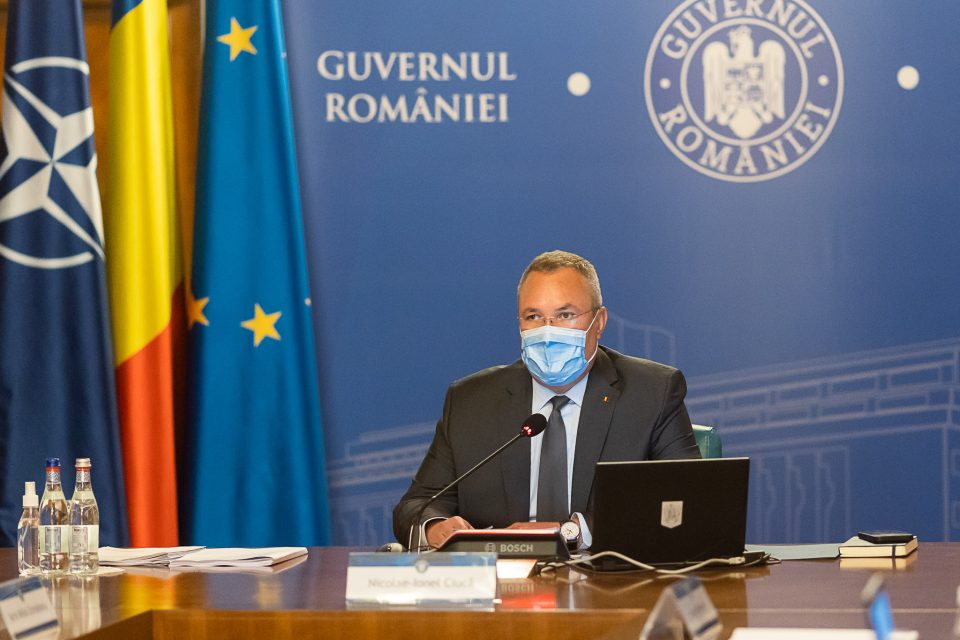 Prime Minister Nicolae Ciuca said that, so far, the Government does not have data to justify the concern regarding the situation at the Zaporizhzhia nuclear power plant (NPP) in Ukraine, adding that the Bucharest authorities are constantly monitoring the environmental data in this case.

“In the last days, amid the events in Ukraine in the area of the Zaporizhzhia nuclear power plant, there have been a whole series of data and information regarding the danger that an event at this plant could represent. So far I want to assure and also give the citizens’ assurances that we do not have data to justify any kind of concern. We are constantly monitoring all the data related to the environment and we are in permanent contact with the European specialized authorities as well as with our partners in Ukraine,” Nicolae Ciuca said on Wednesday, at the beginning of the government sitting.

He added that the state institutions have taken all measures to inform in a timely manner and to protect the population.

EnvinMin Tanczos: No increases in radiation level during war, either in Ukraine or in Romania

There have been no increases in radiation level during the war, either in Ukraine or in Romania, and the values registered at the Zaporizhzhia Nuclear Power Station do not justify the concerns of the media or the population, Minister of the Environment, Waters and Forests Barna Tanczos declared, on Wednesday, at the end of the Government meeting.

“Over the past few days, a lot of contradictory information has appeared regarding the situation of the Zaporizhzhia Nuclear Power Station. I had a rather long telephone conversation with Mr. Minister of the Environment of Ukraine and Mr. Strilets [Minister of Environmental Protection and Natural Resources of Ukraine, Ruslan Strilets – ed.n.] emphasized once again that the radiation monitoring system in Ukraine is functional. It has been developed and supplemented with new radiation measurement units following donations received from European states. It is a system that reports the measured data daily and sends them to the International Atomic Energy Agency, as do we. The National Environmental Radioactivity Surveillance Network that operates under the authority of the National Environmental Agency is a functional network, which receives daily the data where it is validated and sent to the International Agency. The data measured, validated and transmitted to the International Agency does not justify in any way the concerns in the media space or at the population level. Since the beginning of the war, this monitoring has been continuous, data validations are conducted continuously, daily,” said Tanczos, according to Agerpres.

He added that the exchange of information between Romania and Ukraine is carried out permanently.

“During the periods when we had information from Ukraine regarding potential nuclear activity or potential problems at these plants, we made more frequent validations, even hourly. All this data certifies the fact that there have been no increases in the radiation level during the war, either in Ukraine or in Romania. We continue to do this in collaboration with our colleagues and the ministry in Ukraine, we are in permanent contact, we provide and receive information constantly,” said the minister.

The nuclear power station in the city of Enerhodar in the Zaporizhzhia region was repeatedly bombed over the weekend and sustained some damage, but critical infrastructure is believed to be intact.

Russia and Ukraine blamed each other for the attacks. It is not possible to independently verify the statements.

Nine drug-peddlers, arrested in the capital

Joint survey of the Bucharest Academy of Economic Studies and the Foreign Investors Council: Foreign companies accounting for 70 pct of Romania’s exports and 60 pct of imports, on average