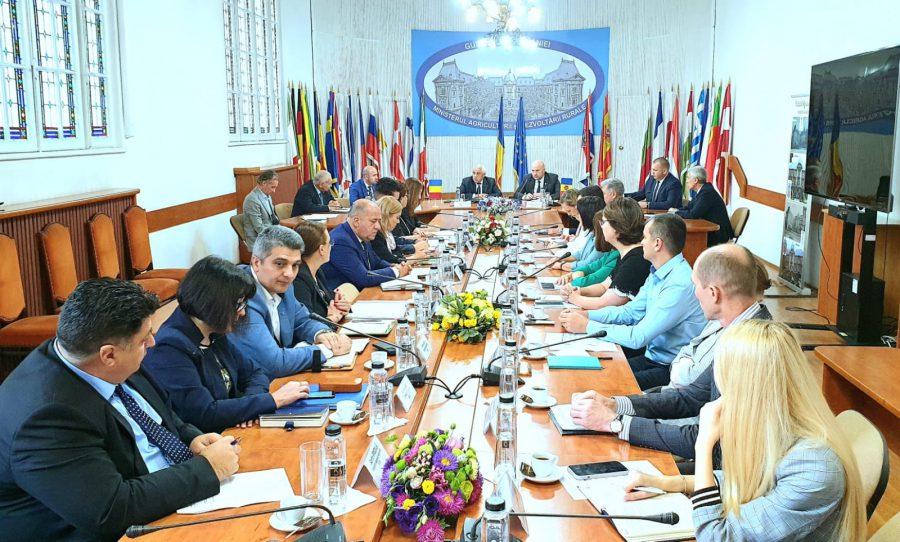 Romania will provide Moldovan specialists with all its agri-food expertise in the field to support them in the stages they have to go through for joining the European Union.

Daea voiced support for backing the European integration of Moldova based on the reform process and the commitments taken up for the implementation of the Association Agreement between the Republic of Moldova and the European Union.

“We will give you support for the adaptation of legislation, the assimilation of the community acquis, the creation of working mechanisms and the formation of bodies that are compatible with the political and economic requirements of the EU,” Daea said, according to Agerpres.

The Moldovan minister in his turn said that agriculture is an essential field that encompasses all branches of the economy and contributes to the formation of the budget, adding that his ministry is in full swing of reformation to adapt to current requirements and support agriculture to become prosperous.

“We are promoting the economic interconnection of Moldova with Romania, not only on the export dimension, but also on the import of agri-food products from Romania to the Republic of Moldova, and we want to start doing this interconnection both ways,” said Bolea.

He voiced his interest in strengthening the Moldovan-Romanian agricultural partnership as part of Moldova’s pre-accession to the European Union.

Farewell Lilibet! Romania joins the British people and the British Royal Family in mourning the death of Her Majesty Queen Elizabeth II. Flag lowered to half-mast at British Embassy in Bucharest: Queen was the very spirit of Great Britain

REI Finance Advisors: Up to 1 bln. EUR of EU funds and state aids in the next two months

Study: The European Commission’s objective of having 100 smart and climate-neutral cities by 2030 risks not being achieved