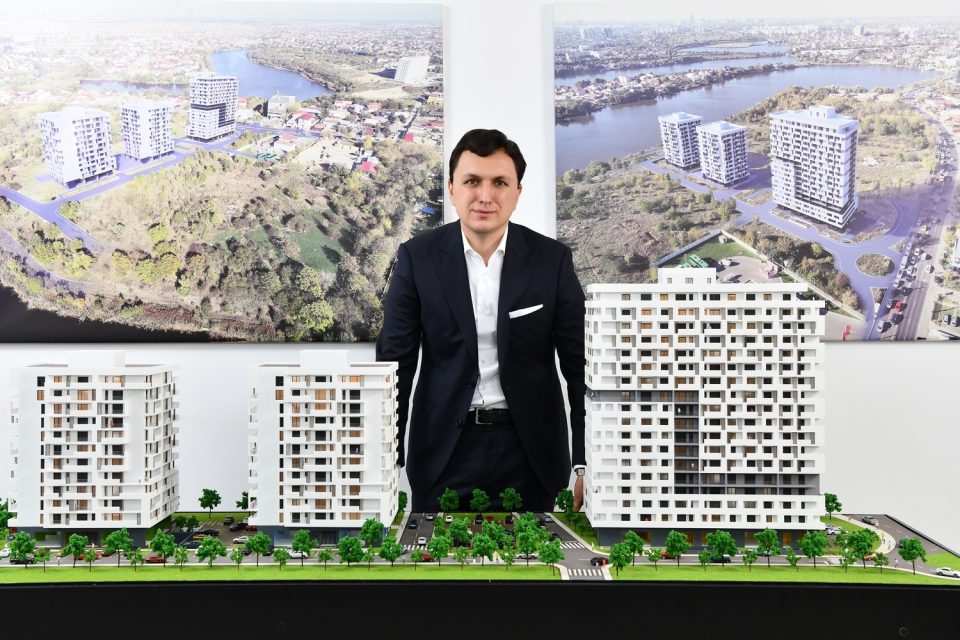 More than 80% of the 12-Storey Tower on the Shores of Lake Fundeni has Already Been Sold, just 6 Months After Work Began. Huge Interest in Building B

SunLake, currently the fastest selling residential complex in Bucharest, developed by Park Properties, has achieved a performance hard to reach on the real estate market in the Capital, where over 80% of the 12-storey Block A of the first phase of the residential project was sold in the first six months after the start of construction.

With a total surface area of over 30,000 square meters and a market value exceeding 40 million euros, SunLake is one of the most ambitious residential projects in the Capital, an architectural landmark with generous terraces and spacious lobbies, surrounded by Lake Fundeni, a green, quiet area with numerous leisure spaces – parks and playgrounds for children. The project was launched in March this year.

“We have been successfully able to attract a diverse mix of end-buyers, as well as investors in the SunLake project, who have purchased the properties mostly with their own capital. In addition to the high interest from residents located in Sector 2 of the Capital, we are also seeing increased demand from buyers outside Bucharest, from cities such as Constanta, Brasov, Buzău, Craiova, and even Oradea, a city no less than 600 km away, who want easy access to the central and northern part of the capital and to the A2 and A3 highways.”, stated Alexandru Mănăilă, Managing Partner SunLake.

The rapid pace of sales in the first six months has prompted the SunLake team to start sales for the second phase of the project, which consists of the second 12-storey block of a total of three buildings that the project will have upon completion.

“The fact that we managed to secure over 80% of the sales of the first block of the project in such a short time has led us to start sales for the second phase of the project, block B. The main advantages of the SunLake project are the unique view of the many lakes in the area, the quick access to the key points of the city, and the unique architectural landmark in the most modern residential complex in the area”, added Alexandru Mănăilă.

According to the SunLake representative, work on the project’s structural steelwork is on schedule, with the builder on pace for two floors per month.

SunLake, the residential complex near 5 parks and 5 lakes

In addition to the lakes surrounding the peninsula on which the SunLake complex is located and the spectacular view of the five lakes located near the residential project (Fundeni, Plumbuita, Colentina, Dobroești and Pantelimon), less than 5 minutes away there are five other newly landscaped parks: St. Pantelimon Park, Sticlăriei Park, Morarilor Park, Florilor Park, as well as the private park within the SunLake complex.

Most of the green spaces are located on the lakeshore and have recently been landscaped with a promenade, modern themed places and play areas for children.

High inflation, at around 10% in euros and 16% in RON, is prompting buyers and investors to purchase apartments at the construction stage in order to lock in preferential prices and not be exposed to the price increases that the building materials sector is facing.

“Investing in an apartment gives an end-buyer or investor two ways of appreciating their capital: the return from renting the apartment and the profit from reselling an apartment purchased at a preferential price in the project phase directly from the developer. Prices charged by developers at the construction phase (before a block of flats is completed) are lower than the price of a completed project. For this reason, a buyer of an apartment at the design/construction stage has the opportunity to resell the apartment at a higher price after the building is completed. Similarly, the same investor has the possibility to rent the apartment to generate a monthly cash flow and resell the apartment later if he wants to“, concluded Alexandru Mănăilă, Managing Partner SunLake Residence.

Deloitte study: Banks’ profitability to decrease over the next year and to return to current levels in 2026

Connections invests eur 200,000 in a fintech open banking platform for the Romanian market

Machinations.io, a Romanian web platform to design and predict game economies, raises $3.3 million in Series A round

OTP Bank granted Rara Invest one of the largest financing through the SME Invest program, amounting to 8.9 million lei