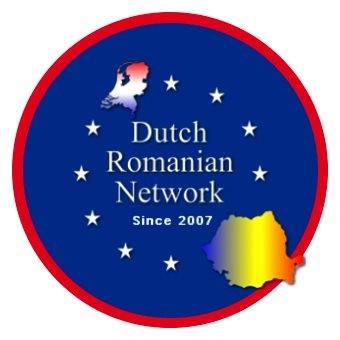 “In my research, Romania is not correctly represented by the Netherlands with regard to accession and of course I have drawn the attention of Dutch politicians and media to this, as well as the representatives to the European Union.

Of course, I also need the support of the Romanian side and that is why I ask you to pay attention to this in your newspaper. Attached you will find a press release that can support you in this”.

As early as 2011, it was established, also by the Netherlands, that Romania had complied with all the conditions of the Schengen Agreement. In short, this involved the surveillance of the EU’s external borders, so it was mainly a technical matter.

A fierce commotion arose when the Cooperative and Verification Mechanism (CVM) was subsequently unofficially added to the Schengen Treaty. The CVM is a European monitoring of whether both countries are making progress in the field of judicial reform and tackling corruption (Romania) and in Bulgaria the focus is on organized crime.

There was widespread non-compliance with the agreements of the Treaty of Schengen as a breach of trust. Especially by the Dutch business community and objections were raised at the time by the organizations VNO NCW and MKB, Dutch Romanian Network and the Dutch Romanian Chamber of Commerce, which have published their statements in both the Netherlands and Romania. It has now been established by the EU control bodies that Romania has complied with this.

Now a second breach of trust is looming because Rutte does not recognize the EU rules and their control and labels them as incomplete. Romania nevertheless takes a constructive stance and invites Rutte to have the Netherlands conduct its own investigation, provided it takes place before the vote on 8 December. As far as can be ascertained, no response has yet been received from the Dutch side. It is certain, however, if the Netherlands does not change its starting point that they are the only country of the member states that will vote against, thereby isolating itself. As is well known, the European Council has the principle of unanimity, which is hardly useful for larger groups and is by definition undemocratic.
It is striking that the members of parliament have very limited knowledge of geopolitics and also of countries such as Romania and Bulgaria, because these countries show few similarities and also differ strongly from each other politically. Entrepreneurs are usually better informed because for them political stability, legislation and regulations and judicial reforms are also important and therefore their preference is for Romania. Placing these countries under the same heading does not indicate knowledge of the facts. It is no coincidence that the Romanian corruption fighter Laura Kövesi has been appointed chief prosecutor of the European Public Prosecution Service.

We would also like to mention that Greco (The Group of States against Corruption), the anti-corruption watchdog of the Council of Europe, already stated in 2019 that the Netherlands is acting substandard when it comes to safeguarding political-administrative integrity. None of their recommendations have been adopted and as a result, confidence in Dutch politics and public administration has come under pressure. From this position, Rutte has maneuvered himself into a precarious situation when he accuses Romania and also the statement of the European Parliament that they have not done their job properly.

The Colectiv fire, 7 years on: Victims of the tragedy were commemorated on Sunday in Bucharest

Yload, the developer of the first digital marketplace in Eastern Europe for freight transport, raised 220,000 euros in a few hours on SeedBlink