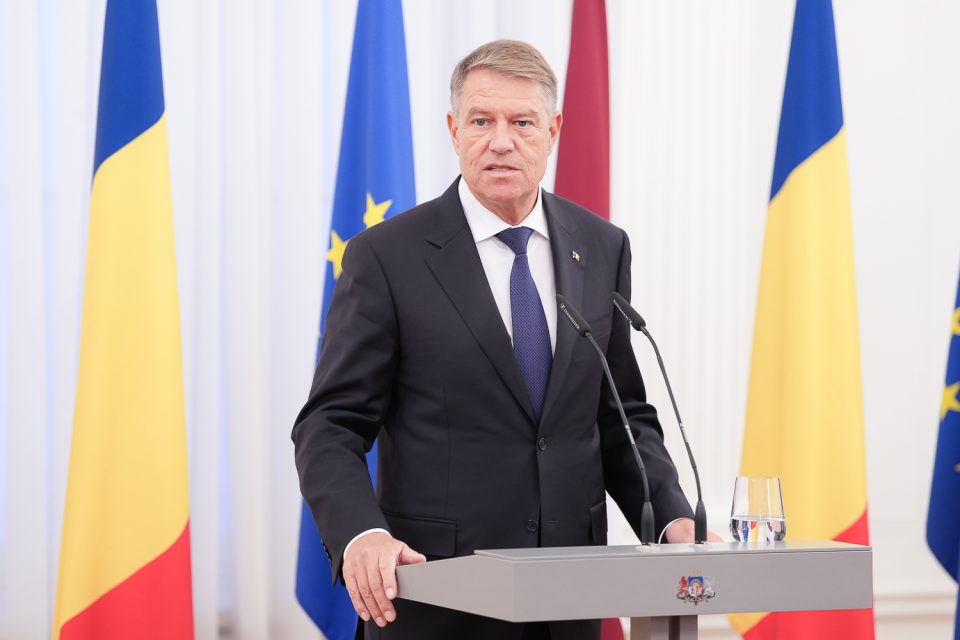 President Klaus Iohannis declared on Wednesday in Riga that if no certainty for a favorable vote on Romania’s Schengen accession is attained until the Justice and Home Affairs Council on December 8, the decision can be postponed by a month or two.

“I think the date of December 8 was circulated as a final deadline, which it is not. December 8 is the first possibility when this subject can be discussed and my, our interest is that when the vote is cast, it be clearly for Romania’s Schengen admission. Forcing a vote that may not be the expected one is of no use to anyone. This, as concerns the date of December 8. Romania’s chances are relatively good. We have good chances to be accepted to the Schengen Area, but as I said before, there is no a guarantee for that. There are Union member states that still have questions for us, that still have questions for the Schengen system itself,” the Romanian head of state declared after the meeting with his Latvian counterpart Egils Levits.

He underscored that Romania is willing and ready to provide answers to the countries that still have questions regarding its Schengen readiness.

“These are legitimate questions and we are willing and ready to provide the answers. Just as we can now answer, for example, to our Dutch friends that the CVM has been lifted and this barrier no longer exists. For everyone interested, we have the two sets of experts who checked Romania’s preparation and found that we are very well prepared. We have no migratory flow, this is for our Austrian friends, and for questions coming from Sweden that mainly concerned police cooperation, we can tell them not only that we are mentally prepared, we are also prepared with personnel, so we are really ready and there also have been programs so far that have given good results. We are willing to expand them. We do not just say that the Schengen Area becomes safer if Romania joins, we also prove it and we will continue to do so,” Iohannis said.

He also noted that it is desirable that by the time of the JHA Council all these questions are answered and an agreement is reached.

“This is the version we want and this is the version that was proposed by the Presidency of the Union Council, which is currently held by the Czech Republic, but I want to be very clear, if for various reasons we do not secure the certainty that things are very clear, there is the possibility to postpone this decision for a month or two until all the questions receive clear and correct answers and everyone is convinced that not only are we not a vulnerability, but that we would be a real asset for the Schengen Area. To complete what I said – some have questions for us, and others question the Schengen itself. The Schengen Area operates according to rules that were established years ago. The world has changed. We know this too and there is a need to improve certain approaches, certain procedures. We are part of this process. We are now part of the process of improving the Schengen Area and obviously, if we become part of it we will continue these steps, but the argument that if the Schengen Area is not perfect, Romania and others must remain outside does not seem pertinent to me,” concluded President Iohannis, who is on an official visit to Latvia on Wednesday.

Romania was not, is not, will not be country that generates migration or allows uncontrolled migration

Romania was not, is not and will not be a country that generates migration or allows uncontrolled migration, declared on Wednesday, President Klaus Iohannis, who is on an official visit to Latvia.

“I have also heard that the Austrian side came with some data that, in our opinion, must be very carefully verified. I repeat, there was not, there is not and there will not be an uncontrolled migratory flow through Romania,” said the head of state, after the meeting with his Latvian counterpart, Egils Levits.

He pointed out that Romania knows where the migrants come from and where they slip through and these things will also be explained to the Austrian side in discussions between experts.

“The fact remains that these migrants, who create concerns that we can understand, concerns in Austria, do not come through Romania and not from Romania. The Balkan route is problematic, we know this and we, in Romania, have taken all the measures. Romania is not part of the Balkan route of uncontrolled migration. We know the route the migrants take, we can explain to the Austrian side, we can help them. So Romania has the potential, it has the ability to come to the support of the Austrians to slow down this influx,” explained president Iohannis.

The head of state specified that, in order to clarify these things, he agreed with the Minister of Internal Affairs, Lucian Bode, for the latter to go to Vienna, to have technical, specific meetings with his counterpart, with other politicians.

Klaus Iohannis said that Romania’s accession to Schengen would make the free movement space safer, showing that our country has proven this.

“We have an external border, an external border of the Union, with Ukraine, with Moldova, and with Bulgaria, there is also an external border with Serbia. All these borders are managed correctly and were checked just in the past weeks. These matters must be explained once more. Our centers can be visited, the places where check are conducted, they can all be verified, we are absolutely open, but what we don’t want is for them to talk about us without us. We have all the data, we have all the answers and we are ready to help everyone,” the president said.

He emphasized that Romania has been preparing for 11 years to become part of the Schengen Area.

“As you probably know, there have been several requests in the European space that referred to us, to Romania, when we were talking about Schengen. One, and probably the most important, was for the CVM [the Co-operation and Verification Mechanism] process to be finished, lifted, completed, something that, you surely remember, happened yesterday, when the European Commission decided that the CVM has been completed and there will be no further verification under the CVM, because Romania has reached all the objectives, fulfilled all the benchmarks,” said Iohannis.

The Romanian president recalled that Romania invited over the countries that wanted to further verify whether it is ready to join Schengen, pointing out that there were two evaluation missions that produced positive reports.

Prime Ministers Sanchez, Ciuca sign joint statement at the end of the joint meeting of the two countries’ governments : Spain, Romania advocate for relevant EU role, in complementarity with NATO

Minister Melescanu: In one month’s time at most we’ll have conclusions of analysis on relocation of embassy to Jerusalem

International Greek Language Day, celebrated at the Embassy of the Hellenic Republic to Romania

European Commissioner Ylva Johansson: Romania and Bulgaria are not admitted to Schengen yet