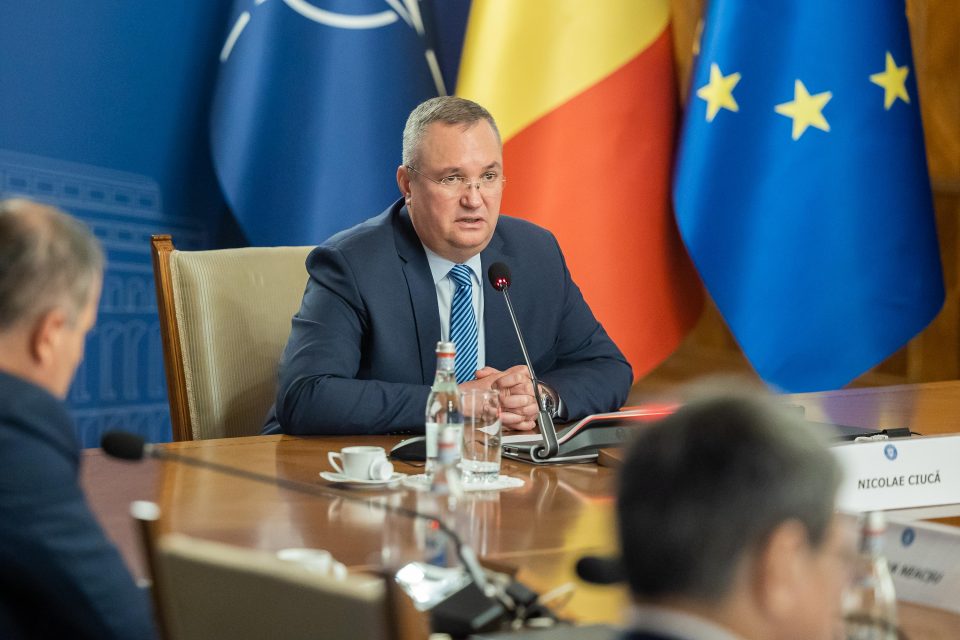 The World Bank’s estimates confirm the prospect of constant economic growth for Romania until 2030, Prime Minister Nicolae Ciuca said on Tuesday, in an online intervention at the anniversary event dedicated to the 25 years of activity in Romania of the Foreign Investors Council.

“We are the country with the highest economic growth at the level of the Union, eight times from 2000 to 2022. This growth is also felt at the level of GDP per capita, which rose from 1,669 to 14,825 US dollars. We quickly recovered the economic gaps, and Romania was already, in 2021, at 74 percent of the European Union average, according to Eurostat, in the assessment of GDP per capita, expressed in purchasing power standard. We maintain this dynamic and the World Bank’s estimates confirm the prospect of a constant economic growth until 2030,” said Ciuca, according to Agerpres.

He reminded that Romania has at its disposal, in this period, more than 80 billion euros from European funds.

“We have the money to support this pace of development and modernization,” added the prime minister.

According to the prime minister, the COVID-19 pandemic and the war in Ukraine represent factors that still strongly affect the global economy. Ciuca highlighted the importance of continuing an open collaboration between the Government and the business environment in order to find the best solutions to multiple crises.

“Furthermore, in this context, it is important to stand in solidarity, to demonstrate that we also care about those who cannot go through difficult situations alone. Only together, through collaboration and understanding, can we overcome these complicated times and bring prosperity to Romanians as well as to companies,” emphasized Nicolae Ciuca.

He added that the measures taken by the Government, following the discussions held with the representatives of the business environment, have led to a record increase in foreign investments in our country last year.

“According to the official data of the BNR [the National Bank of Romania], the flow of foreign direct investments amounted to 9.4 billion euros in the first 10 months and will reach over 11 billion euros for the whole year 2022, by almost 2 billion euros more than the values recorded in 2008, considered to be the best benchmark in this regard. These are record figures, which confirm the investors’ confidence in the measures taken by the Government. In addition, the number of newly established companies with foreign capital in Romania increased in the first 10 months of 2022 by over 30 percent compared to the similar period of 2021, reaching 6,175 new companies, according to data centralized by the National Trade Register Office. These indicators show us that large investors clearly see the long-term growth prospects of the Romanian economy and include Romania in their investment strategies,” Ciuca pointed out.

The prime minister mentioned that in this year’s budget, investment expenses will reach 112 billion RON and will account for approximately 7.22 percent of GDP, a historic level for our country.

“All these measures have generated economic stability and led to an increase in investor confidence in Romania. I confess that it is gratifying that our country has remained a preferred destination for investors in Eastern Europe, after two years of pandemic and in the context of the war in Ukraine. Romania has ranked 16th out of 32 countries in the ranking of the most attractive countries for investments in 2022, surpassing countries such as Hungary and the Czech Republic, and is close to Poland. These are data that make us happy and encourage us to continue the pro-investment, pro-business measures,” Ciuca said.

He also mentioned Romania’s goal of joining the Organization for Economic Cooperation and Development.

“Accession to the OECD and the successful implementation of the reforms assumed through the PNRR [the National Recovery and Resilience Plan] are objectives assumed that we will manage to complete with your help. For the modernization of Romania we need every euro from the European funds that we have at our disposal, we need determination and, of course, your expertise, for which I thank you for sharing with us whenever needed. I continue to believe in the power of dialogue, in our partnership and in the solutions found together, because only together can we build a sustainable future for Romania’s economy, giving hope to the young generation regarding the development perspectives in this country,” the prime minister emphasized.

CBRE assisted S IMMO in the acquisition of EXPO Business Park, one of the most important single-asset investment transactions in Romania in recent years