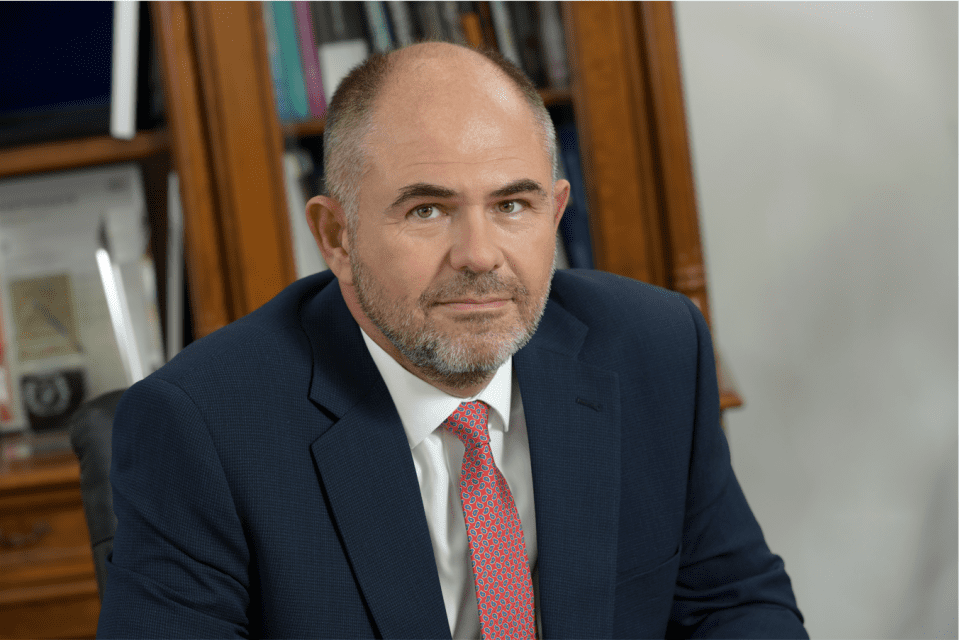 Sergiu Oprescu, Executive President of Alpha Bank Romania and General Manager of the International Network of the Alpha Bank Group has been appointed Deputy Chairman of the European Mortgage Federation (EMF) for the mandate 2023-2024.

As Deputy Chairman, Sergiu Oprescu will work closely with the newly elected Chairman, Roberto Colomer Blasco, and the other members of the EMF Executive Committee to promote the responsible and sustainable growth of the mortgage industry in Europe. This is the first time a representative of Eastern Europe is appointed to the European Mortgage Federation’s board.

“I am honored and proud to be appointed EMF Deputy Chairman and I would like to thank the members of the EMF for their trust and confidence in me. It is a great responsibility to represent the mortgage market at European level and I am ready to leverage my entire experience in the financial services sector to promote the responsible and sustainable growth of this sector”, said Sergiu Oprescu.

Sergiu Oprescu has an extensive experience in banking and capital markets, with a career of almost 30 years in the financial sector. He joined Alpha Bank Romania in 1994 and held several senior positions before being appointed Executive President in 2007. In 2019 he was appointed General Manager of the International Network of the Alpha Bank Group and member of the Group’s Executive Committee.

Under his coordination, Alpha Bank Romania launched the first mortgage loan in the local market in 2001 and became the first issuer of covered bonds in Romania in 2019.

He has participated directly in building the Romanian capital market, being Chairman of the Bucharest Stock Exchange from 2000 to 2006. At the same time, he was involved in local and international professional organizations, serving as President of the Board of Directors of the Romanian Association of Banks from 2015 to 2021.

Established in 1967, EMF is the voice of the European mortgage industry worth over EUR 8 trillion at the end of 2020, representing the interests of mortgage lenders and mortgage bond issuers. The EMF provides data and information on European mortgage markets, with 14 members from 12 EU Member States, as well as a number of observer members. The EMF also includes the European Covered Bond Council (ECBC), which brings together covered bond issuers, analysts, investment bankers, rating agencies, etc. The ECBC has 120 members, representing more than 95% of mortgage bonds outstanding, with a value of almost EUR 3 trillion at the end of 2021.

Alpha Bank Romania is a member of Alpha Bank Group, one of the largest banking and financial groups in Greece, founded in 1879 by J.F. Costopoulos. The international activities of the Group are extended, in addition to Romania, to the United Kingdom, Luxemburg and Cyprus.

Alpha Bank Romania is a financial institution ranked among the top 10 banks in the country, with universal banking operations. A systemic bank, with a national presence of over 27 years, Alpha Bank Romania offers a wide range of modern services and products for individuals, as well as for SMEs and the corporate segment.

Alpha Bank Romania is one of the financial institutions that innovated the banking sector in Romania, being the first bank to launch on the local market an application that transforms an Android mobile device into a POS terminal. It was also the first bank that issued covered bonds in Romania in 2019 after having introduced in 2001 on the market the first housing loan.

NextUp Solutions ended 2022 with a 50% increase in turnover

Banca Transilvania has received BNR’ approval for the acquisition of Bancpost